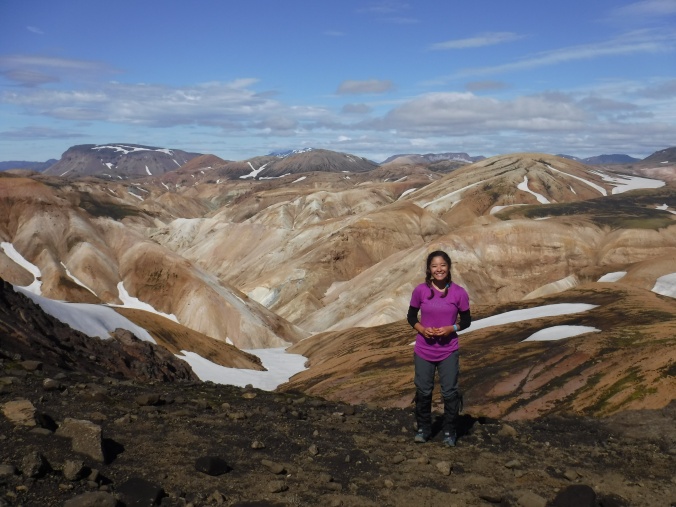 Hello. My name is Katie, and I’m a freshman this year. Over the summer, I had the remarkable opportunity to go on a Waterford Outdoor trip to Iceland. It was definitely one of the most amazing experiences of my life.

This life changing experience began almost a year ago, when I first learned of the Summer term trip to Iceland at a middle school assembly. When I saw the picture flash onto the screen, it was like one of those perfect movie moments where every outside noise fades and the main character stares into the distance. That was me – I couldn’t take my eyes away from the slide that read “Iceland” and I saw nothing else after that. In that moment I made up my mind. I had to go.

So, eight months later, I was headed to the airport with my mom and my Iceland gear, to meet up with thirteen of my friendly classmates and two amazing teachers, Ms. Knowles and Mr. Waterhouse. 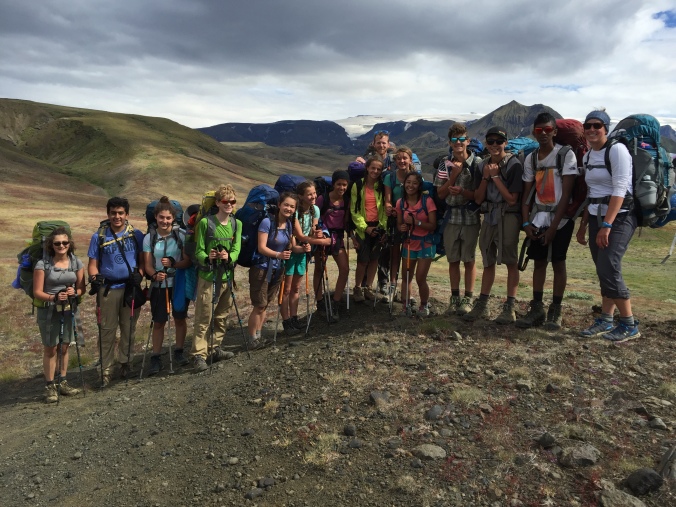 I was so nervous at the beginning of the trip. Before this, I had never camped, backpacked, or spent so much time away from my family. Honestly, I’d never even gone to the bathroom in the woods or skipped a shower before. When I hugged my mom goodbye, I began to worry about how I would handle this trip. Would I cry? Would I die?

Landing in Reykjavik was like landing on a different world. I remember marveling at the black rocks and green moss surrounding the airport, but little did I know that this was the least of it.

We stayed in a private house the first night, explored the colorful town of Reykjavik, and then drove around some of the Golden Circle route. Some highlights from the this included walking between the Tectonic Rift of the North American and Eurasian tectonic plates, watching geysers spew boiling, sulfuric smelling water, and seeing the dramatic Gullfoss waterfall.

The day after we drove around the Golden Circle, we took a two hour bus ride to our next location: Landmannalaugar.  From Landmannalaugar, we would begin the four day trek called Laugavegur that would take us fifty-five kilometers over to Porsmork. On this trek, we would carry our backpacks that weighed about thirty pounds with us the entire time, which essentially held our lives for those four days. For me, the Laugavegur trek was the hardest but most memorable part of the trip, and it was something that I had been very nervous about. The day before we began the trek, my classmates and I relaxed in Landmannalaugar’s geothermal hot springs for longer than we probably should have. When I got out, I felt the full impact of the fifty-five degree weather as I had to run the long stretch back to the huts. I couldn’t stop shivering for hours after that, but it was worth it.

We left early the next morning to begin the trek. That first day for me was brutal and probably the hardest part of the entire trip. The majority of that day was uphill and in the snow as we climbed higher. I was cold and still trying to get used to carrying the unfamiliar weight of my backpack. Reaching our campsite was a relief after such an exhausting day, but I felt even more tired as we set up our tents. Camping was still new to me, and no matter what I did, I just couldn’t get warm. Luckily, Ms. Knowles poured boiling water into my water bottle and told me to sleep with it in my sleeping bag, which helped a lot. I couldn’t sleep though, because I missed my mom so much. After this day, every day afterwards got better and better, and so did my homesickness.

The trek was so physically and mentally demanding each day, but each day I got better at handling it. Sometimes I felt like giving up and just laying on the ground, but I didn’t. No one else was doing that, even if they may have wanted to, and everyone’s constant energy gave me more energy too. I had the support of all my friends and Mr. Waterhouse and Ms. Knowles, and so many beautiful sights along the way to keep me going. Each day looked so different, I couldn’t believe it was possible for the landscape to change so much in only thirty four miles. We trekked through snowy hills, colorful mountains, green plains, icy rivers, a black sand desert, and even a tiny forest at the very end of the trek. Finishing that trek was a huge accomplishment for all of us, and I felt like a different person by the end of it. I had done countless new things in just these four days. Mr. Waterhouse asked me what my mom would say if she got to watch me on the trek, having not showered in a while and practically  drooling over freeze dried food. I told him that she’d probably cry.

It was hard to believe that our trip was almost over after the Laugavegur trek. I had become so close with my friends and the teachers, and I realized that I’d have a new family to miss once I returned home. 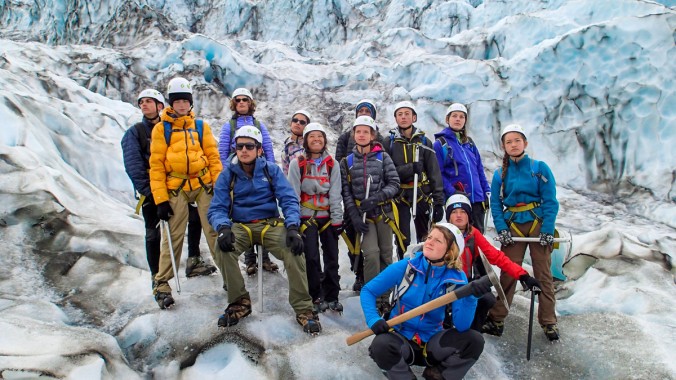 For the remainder of the trip, we did short hikes and drove in the two vans we rented, just absorbing the beautiful scenery. I could never get tired of all the waterfalls and green mountains that we saw. We did a polar plunge in a glacier lagoon, which wasn’t the best experience in my opinion, but it was definitely an experience. One particularly amazing experience out of many was the glacier hike at Vatnajokull, where we hiked up the largest ice cap in Iceland. We also visited the town of Vik along Iceland’s southern coast, where we walked along an otherworldly black sand beach. Prior to this trip, I spent a lot of time looking at pictures of Vik on Pinterest, so visiting the black sand beach was a dream come true for me.

The experience I had in Iceland is truly undescribable; I can only tell you that it was the most incredible, beautiful, and exciting experience of my life. I bonded so much with all my friends and teachers and explored such a unique place. I’ve come back as a changed person: completing the Laugavegur trek and spending so much time away from my parents has given me so much confidence. At the beginning of the trip, the sight of my big backpack made my stomach turn, but I was able to carry that backpack for fifty-five kilometers as I hiked through mountains. I never imagined I could do something like that before, but now that I’ve done it, I’m so eager to try new things, because I learned that you never really know what you’re capable of until you’ve done it. 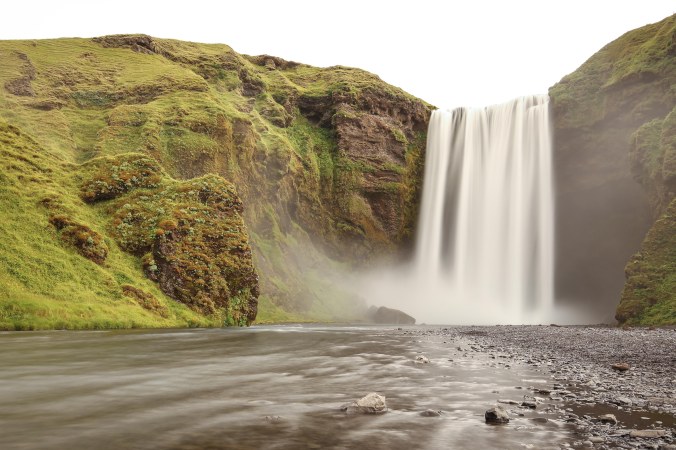 None of this would have been possible if it weren’t for my parents, though. Above all, going to Iceland has taught me to be grateful to them and all the opportunities they’ve given me, and how they encourage me to try new things. Spending two weeks away from my parents made me so aware of everything that they do for me and how much I value their support. After the adventure of a lifetime, running into my mom’s arms at the airport was the most rewarding feeling.