Back on the road again today as we bid a fond farewell to St. Andrews. While the time went quick, we were excited to get on the road to the highlands. Well some of us didn’t appreciate all the twists and turns of being in such a hilly area, but no one got terribly car sick!

After leaving St. Andrews we headed directly to Arbroath Abbey. This ruined Catholic Benedictine site is important religiously, but more importantly as the site of the Declaration of Arbroath of 1320. Let me take a second to quote the words that might remind many of you if our own American Declaration of Independence: “As long as but a hundred of us remain alive, never will we on any conditions be brought under English rule. It is in truth not for glory, nor riches, nor honours, that we are fighting, but for freedom – for that alone, which no honest man gives up but with life itself.” We learned the history regarding the Declaration and the troubles Robert the Bruce had found himself with the Popes at the time. As a consequence of the Bruce’s less than upstanding behavior (murder in a Church), the Pope was unlikely to be an ally to the Scots. This will the Declaration was beautifully written, the Pope would not intercede on behalf of the Scots against the English.

We left Arbroath feeling inspired by the great words and deeds tied to this place of Scottish Nationalism and continued onwards towards Inverness. Our next stop was the Tomnaverie Stone circle where we enjoyed a picnic lunch as well as the site of a spectacular recumbent stone and circle. Sadly, much of the area is fenced off as the British had built an underground Cold War bunker right nearby! 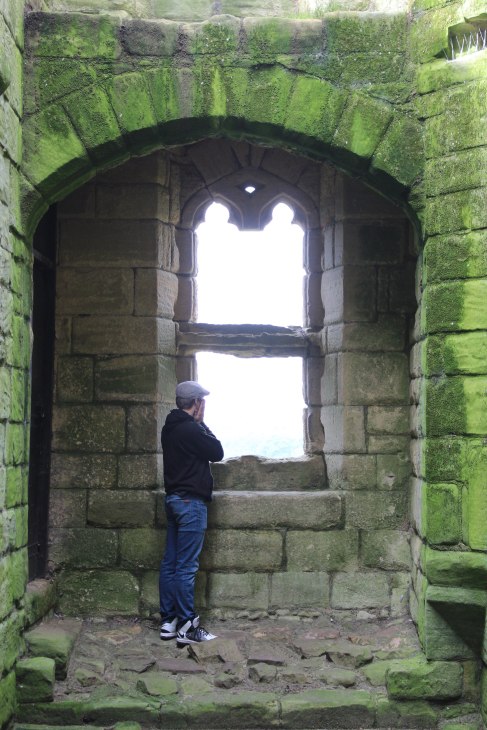 After finishing up at Tomnaverie, we headed further north still. We came to a stop two hours later at the Battlefield of Culloden. This mood marks the final battle between the British forces and the Jacobites in 1746. We walked the battle lines, saw the mass grave markers and learned about how the Highland Clans had rallied to the Bonnie Prince. They believed that he was the rightful heir to the combined English and Scottish thrones. The Bonnie Prince and his forces were utterly massacred and the Stuart line would never again threaten the ascendency of the Parliament or the Hanoverian lines of English Kings.

We left Culloden feeling a bit downtrodden. Battle grounds are somber sites and many of us felt the electricity radiating from a field that saw so much bloodshed. We had one more site though, and made our way around the corner to see the Clava Cairns. A beautiful set of Neolithic burial mounds that included a variety of standing stones. I fought to be at the front of the group as I love being able to set myself in the center of these thousands of years old structures and try and take as much history as I can.  As always, our kids were fantastic today, even with all the somber moments- our Waterford students treat each day with so much interest and energy. Ms. South and I are so excited to share Skara Brae with all of them tomorrow. Although, they weren’t thrilled with our 6:00 am breakfast tomorrow…