In Finland- the cruise ship is big business. They have over 250 cruise ships that dock between May and September. On the way to our ferry we passed a massive sculpture done by Tommi Toija. It is a sculpture called “Bad Bad Boy”. It is a 8.5 metre-tall baby boy who is peeing in public. It’s quite hilarious. I love the Finnish humor!

Some other last bits of information that we learned about Finland were – “Angry Birds” and Nokia were founded here. However, as you know Microsoft bought Nokia and wiped out the name. Bummer..

Today we traveled to Estonia by Ferry on The Tallink Shuttle. It’s a new ship and it is incredible. I haven’t spent any time on ships so perhaps this is the norm, but I was overwhelmed by the amount of people and the shops that were on board were massive. We especially loved the candy section. So many treats in one place……..The entire ferry ride took 2 hours. The students ate lunch here and many had shakes, sandwiches, fries and candy! 🙂

We got picked up and my students “fell in love with” Erik – one of our new guides. He was well spoken, a history teacher and was quite easy on the eyes so many of my students were very attentive and learned many things about Estonia….. I think the most striking thing they learned was that Estonia’s neighbors have all been here at one point or another -The Germans, The Russians, The Swedes, The Danes etc….they have all taken their turns occupying and ruling this quaint and charming country. We spent the afternoon first on a bus tour of the city which included parks, statues and of course the famous site of the Estonian Song Festival. The Song Festival has played an important role in maintaining the Estonian Culture during it’s many occupations by various countries.  In fact, it also played a major role in Estonian Independence – if you’re interested there’s a film called “The Singing Revolution” that I think we should all see when we get back.

After the bus tour we spent the rest of the afternoon with our guides exploring the wonderful old town of Tallinn. It’s an amazing, vibrant place that we all enjoyed – beautiful architecture, quaint streets and alleys, art galleries, restaurants and a lively main square were some of the highlights of Old Town. We also happened to arrive on the day of the big soccer World Cup qualifier match between EStonia and Belgium, which is being played tonight as I write this blog. The Belgian fans were out in force prior to the match and unfortunately the Belgians took down our hosts 2-0. 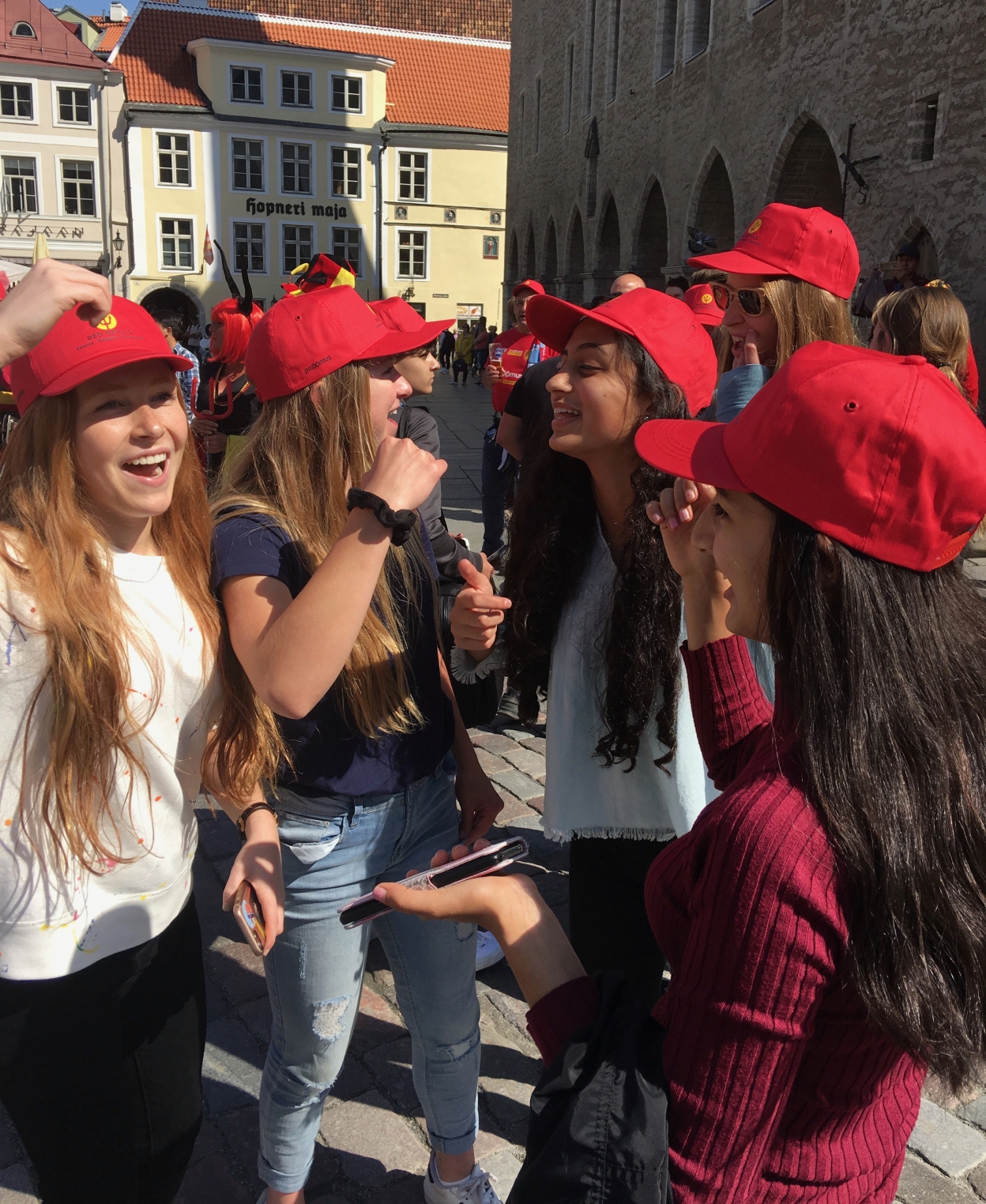 We returned to the hotel for a buffet dinner and gave the students some down time before bed check tonight. We look forward to a great day tomorrow visiting castles and museums.

It is clear that the Estonian people love their heritage and culture and are proud and excited to share it with us. We hope that we will be able to return the favor with our music on Sunday. 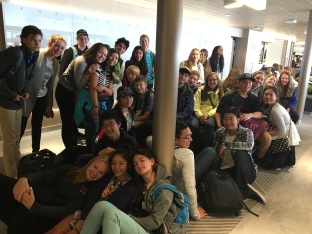 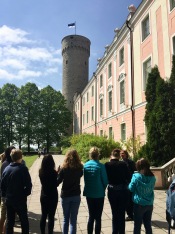 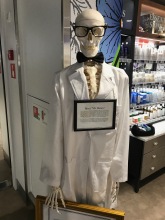 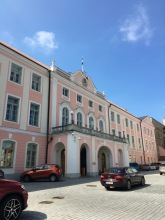 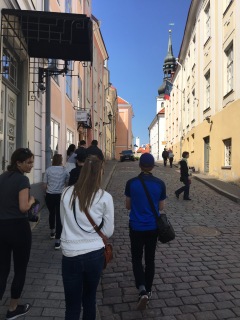 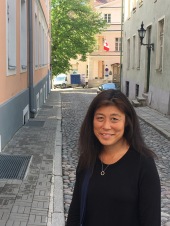 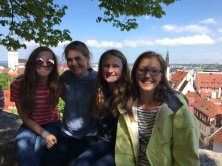 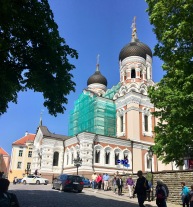 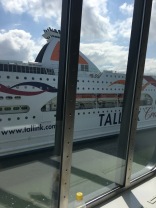 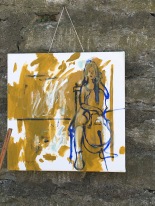 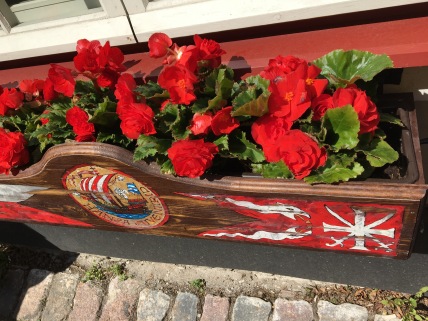